What Dies With Stan Lee

Stan Lee has died. A great many people are writing about that, about how amazing his life and accomplishments were, his larger-than-life persona, his life-long advocacy for the art-form, his commitment to doing something different with it than what had been done before, his commitment to using the medium to speak on social issues. 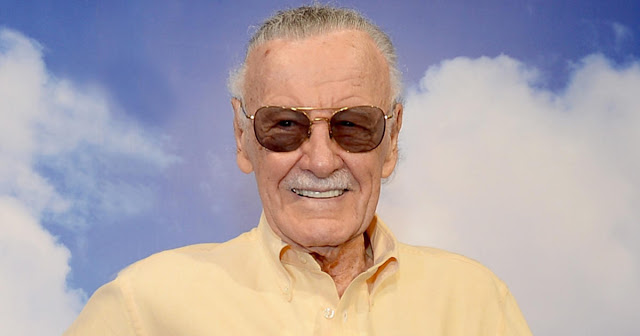 But I'd like to talk about what the death of Stan Lee means to me:

there is now no one associated with comic books...

who grew up without them.


The creators who gave us the Golden Age of Comics (and to a large extent, the Silver Age) weren't comic book fans.  For some, comics didn't even EXIST when they were kids (at least not superhero comics as we now understand them). They brought a world of other literary and business experiences to the table; they had written science fiction, detective pulp, romance, and horror.  They had been businessman, advertisers, soldiers, reporters.  But they were creating comics, not re-creating or merely perpetuating them.  This gave them a freedom that no contemporary author/artist can boast, a long-term power none can aspire to, an innocence none can affect, and a humbleness none can claim.

A humbleness that even Stan Lee -- braggadocious self-promoting bombastic hyperbolic Stan Lee -- embodied.  Unlike many modern creators, he had little pretension about what comics WERE, but never let that limit his perceptions of what they might DO and the affect they might have.  Despite being the central, most visible public face of the comics industry in the last century, he managed to remain always an outsider. Unlike many modern creators, Stan Lee was not a fanboy: he CREATED fanboys.

There are many ramifications to the fact that we now ineluctably inhabit a universe (and inherit comic book universes) made by fanboys for fanboys.  But suffice it to say for now that, with the death of Stan Lee, the previous era where creators made comics for new readers

Email ThisBlogThis!Share to TwitterShare to FacebookShare to Pinterest
Labels: comics

This is very true. I'm always tempted to compare Lee's role in the comics industry with someone like Steve Jobs, more talented at marketing than anything else, quick to take credit, not always the nicest person. But it's not quite the same.

Lee was problematic on so many levels and probably never in quite the right role in his career, but he might have been the only person in the industry to take his work seriously as a job, but never try to hold it up as important art. To my knowledge, he never used his platform to "fix" stories he grew up with, treated readers like idiots with no taste, or had a problem with people who didn't appreciate his work.

That's really what the industry needs most of all.

Ah, Scipio, you always make me think. I hadn't really considered the unique perspective of someone who didn't have preexisting knowledge of comics. As comics become increasingly insular and self-referential, it's interesting to think about how that differs from Lee's open and accessible storytelling. Not to mention the creativity that springs from a blank canvas, rather than trying to stripmine years of existing continuity for more and more trivial story points.

Glad to have you back, Scipio. I have been checking about once a week and was about to give up.

Reminds me of something we were discussing the other day in the RPGCodex forums, but about RPGs. Older Computer RPG designers were 70/80s kids that grew up with D&D, Tabletop Gaming, Classic Movies and Bands, etc. They took that for inspiration.

Modern game designers grew up with the games these guys made, and use them for precedent. They design games based on games.