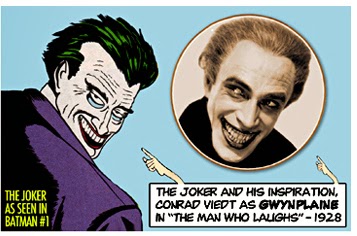 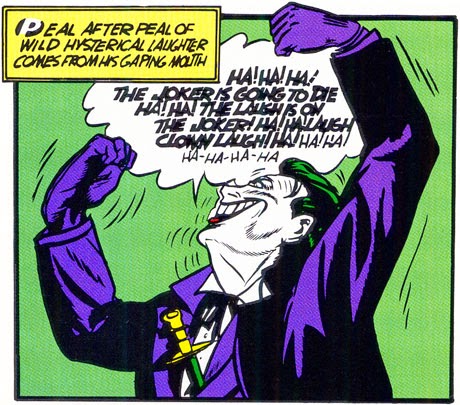 *picks it back up*

He's not quite the same, but Bulletman faced off against a Doctor Riddle about five years prior. Riddle was a Hunchback (with a question-mark-shaped stoop) who not only taunted the cops with clues, but also "riddled" people with bullets.

I've never been able to think of a fictional source for Clayface. Sure, Lon Cheney, but he's not fictional.

The Ten-Eyed Man is the only one where I can't think of anything. Or maybe he's just a clever rehash of Crazy Quilt, who instead has a misty origin.

Oh, and the Gorilla Boss. The concept may not be original, but whoever decided that Sinestro should turn his brain into a planet for energy was...certainly (ahem) original.

Could you expand on the connection between Mr. Zero/Freeze and Rappaccini? I don't see where he's inherently dangerous or inclined to get close to people like Poison Ivy.

Interesting thoughts, John; and thank you, I had forgotten Dr. Riddle.

Just like Rappacini's Daughter, Mr Freeze is a person who, involuntarily, suffers a transformation of their biochemistry that make it impossible to be physically intimate with others (because he can't live outside of 50 below)>

One thing I always argue with other writers about is whether or not "original" is synonymous with "good." I maintain it's not - a developed trope can be enhanced and improved with a fresh take. Not all ideas are created equal, and the best ideas are cultivated and developed.

By that way of thinking, I feel Batman's most original villains are both his most freakish and his worst. Examples:

Admit it: You don't care about any of those characters, do you? And if you were a comic book writer, you'd be hard-pressed to use them in any meaningful way. You'd probably have them cannibalized off-panel, like Kite-Man was.

Couldn't the Riddler be said to have been inspired by Professor Moriarty, who also strove to outwit his arch-enemy whom he considered an intellectual equal?

Oh, and forgettable Superman foe, the Puzzler, predated the Riddler by about a half-dozen years, also.

Oh;yeah... I DID forget about him.

The Puzzler was ably played by Maurice Evans on the 60's show. http://batman.wikia.com/wiki/The_Puzzler_(Maurice_Evans)

Yeah, but he was little more than a Riddler clone on the show (which he really was, as the episode had been originally written for the Riddler). In the comics he was much cooler. You had to love it when, out of humiliation and revenge, he murdered professional card-players in methods inspired by the card games at which they had beaten him; clubbing a poker player to death with a fireplace poker, forcing a bridge player's car off a bridge, etc.

By the way, the Fraiser dig? Simply fantastic.

Randy, I didn't feel the need to address Killer Moth at all, because he is self-professed copy of ...Batman himself. Even in-story, he is an un-original.

Not sure if the Riddler is Batman's most original foe...but he's certainly the best!

The Eraser is one of many 'cottage industry villains', that is, criminals whose schtick isn't committing crimes but helping OTHERS commit crimes. Those guys were all over the Golden Age.

Flamingo, as the page described it basically "Evil Zorro".

The Absence... okay, you got me there. We need that kind of thing like we need a hole in head.