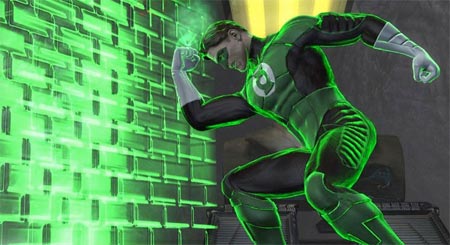 It's a horror movie.

YOU're the one who's dirty, Jack, LOL!

But that's okay; it's one of the things I like about you ;-)

Food for thought: if the JLA did save us from every disaster, we wouldn't have to spend billions and billions of dollars on recovery and repair. We might be able to spend it on improving infrastructure to begin with, or advancing science and technology or helping the general welfare for every ordinary Joe like you and me.

Sorry about your nails. Enforced idleness is brutal. Back in 2004, in the year of the hurricanes here in Florida, the isolation was maddening. Fortunately I suffered no significant damage, but the fact that everything was shut down and everything closed (repeatedly over the course of a few weeks) drove me crazy. Sitting inside your house with the windows boarded up is NOT everything it's cracked up to be.

I love you, Scipio, but I couldn't help reading your post in the voice of Captain Kirk, as interpreted by William Shatner.

Seriously, the argument you're making is the one made in every episode of the original Star Trek when the Enterprise encountered an idyllic planet overseen by some fantastically-powerful computer or alien. And Kirk always blew up the computer, or killed the alien, so that the inhabitants could 'grow up' and become 'adults' who could manage their own problems.

I didn't buy it when Shatner and Roddenberry were selling, and I don't buy it now. Sure, I agree with Aristotle that the point of life is to achieve the good life for human beings, and an important constituent of that is learning to practice the virtues (honesty, cooperation, patience, long-term planning, etc.) that being masters of our own fate provides. But again, as per Aristotle, living the good life for human beings also requires that enjoy enough material comfort and liberty so as to free us from those constraints that would prevent us from achieving that goal. And the latter would be much easier to have if the Justice League was watching out for us.

I'd add that, IMHO, even with the Justice League (or some Trek-esque supercomputer) governing us, we'd still be beset by enough difficulties to force us to 'grow up' and learn the adult virtues. Even if our superhuman protectors licked the security problem, we'd still need to figure out how to generate new resources and distribute them appropriately. You live in Washington, so you know just how trickly settling those questions is.

So I, for one, welcome our new Justice League overlords... if only they were real.

And thanks for providing the food for thought. You're the exemplar of comics blogging - questions like this are so much more interesting to ponder than "who would win in a fight, Cyclops or Captain America?"

It's true. That is a lovely picture of Hal, but it really should be showing off his manly buttocks.

Darn, from the heading, I thought today's entry would be something about Sandy the Golden Boy fighting the JLA as a giant silicon monster. Oh well.

The difference between the scenario under discussion and the Star Trek scenario is that the Federation is a multi-stellar government overwhelmingly more advanced than the planets it could theoretically aid. It's the whole "contact with more advanced cultures never works out well for "less advanced" cultures" thing.

The JLA is, in contrast, not a culture at all but just a dozen or so individuals, most of them U.S. citizens.

So it's not entirely the same thing, is my point, such as it is.

I always looked at it like this: there are dozens of minor disasters per week somewhere. The JLA would be taking care of the massive ones, the Sandys, the Indonesian Typhoon level things, and have to leave the rest.

Normal people would still have to handle lots of things on their own because there's only so many hours in the day and even most of the JLA members have lives, jobs, the need for sleep, etc.

For every hurricane Sandy the JLA could mitigate, there's a half-dozen or dozen catastrophes they can't. If anything, the DCU faces more urban devastation from the various alien invasions, giant apes & robots, and super-bralws that drop skyscrapers indiscriminately. I don't think spending to mitigate weather-related disasters makes sense in a world like that. It makes more sense to ensure that superhuman response teams are available for disasters, and (following the model of the medieval Japanese) we build urban areas with the idea that they will need to be evacuated and rebuilt. Frequently.

>>>the model of the medieval Japanese)...build urban areas with the idea that they will need to be evacuated and rebuilt

You just explained, like, every Japanese monster movie ever. So THAT'S how Japan is able to rebuild Tokyo again and again and again, the city was built with that very purpose in mind.

An old (but good) question, from "Does the world need a Superman?" to "Camelot Falls."

But, well, Katrina was ten years ago. Here on Earth-Prime, the absence of superheroes doesn't seem to have motivated a lot of infrastructure planning or climate change mitigation in those ten years. The hypothesis that humanity will precisely rise to the challenges presented to it, and so would do less in the presence of a bigger security blanket, has always struck me as overly optimistic. Plenty of challenges aren't met; and, even with the sky full of superheroes, plenty of challenges would still arise in need of meeting.

A new Vibe series is announced, and Scipio has no comment? Priorities, man, priorities.

That pic is from Mortal Kombat vs the DC Universe?