Today is the Marine Corps Birthday (for those who don’t know) and tomorrow is Veterans’ Day, which is why tonight you’ll probably be able to find me face down on the floor at the NoVa Irish Brogue and tomorrow at an elementary school lecturing children about the importance of supporting our troops. Wait, change that: face UP. I learned my lesson last year.

Given the prevalence of the military in society, it’s interesting how few DC comic heroes have any military background. Captain Atom is Air Force, of course, but other than that it’s slim pickings. Remember, this whole “Hal Jordan was in the Air Force” thing is a retcon (by Mark Waid, I think, in JLA: Year One); before that, Hal was “just” a commercial test pilot (and one who almost never flew a plane, I might add). So, too, the “John Stewart was in the Marines” thing (an invention of the Justice League animated series). Before her reboot after Crisis, in fact, the only big DC hero with any military background was Wonder Wonder. She was a Lieutenant (and eventually rose to Major). And then, as I recall, she did what a lot of former Army Majors do: became a UN attache and opened a mod dress shop. Diana’s a hard woman to understand.

DC used to have lots of war com 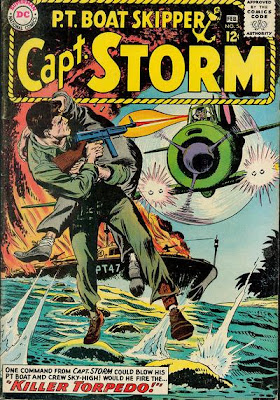 ics, and I’m glad to see them attempting to revive the tradition in the New 52 with Men of War. While they are at, I would like to see them bring back (in some form), one of favorites here at the Absorbascon: Capt. Storm.

Now, I’ve had a lot of fun at Capt. Storm’s expense, but conceptually he’s one of DC’s greatest heroes: a military man, injured in battle, who struggles to return to fighting strength so he can continue to defend his country. Plus, there’s the whole “hot Hawaiian nurse” thing. I think it’s great that Sgt. Rock/Easy Company’s legacy continue, but, given how many Wounded Warriors the US has as a result of years of conflict in the middle east, we need a “wounded warrior hero” more than ever. And I’m not talking about “I lost my hand, but now I have one made out of energy/water/indestructible alien metal that can turn into a machine gun”. I’m talking about, “my artificial leg is not as good as my real one but I’m going to overcome that”.

Because that’s a type of heroism I think comics could use a little more of.


Riddle me this, dear readers! What is harder to become the harder you try to become it?

“Cool” as a label is fairly new when compared to more venerable terms of praise like “nice”, “excellent”, or “great”. “Cool” as a slang for “fashionable”, “in style”, or “exemplary in its good qualities” began in about 1933, in large part due to its usage by jazz saxophonist Lester Young. 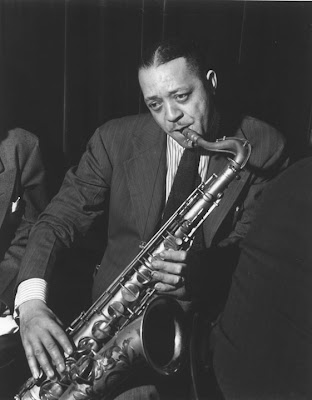 Lester Young would have sweated "cool", if he ever sweated.

But the term found broader exposure in the beatnik culture of the 1950s and the term really came into its own, I’d say, by about 1953 when the term “uncool” became common. Nothing so firmly cements a concept that being able to label all things either “X” or “un-X”. 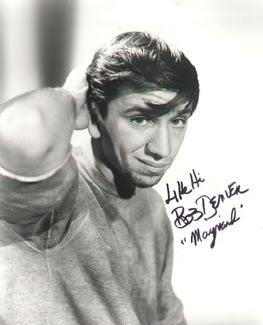 A beatnik One who was so cool, he was also smokin' hot. Woof.

A comparative newcomer in the world of Webster, perhaps, among “slang” words no term has had great longevity than “cool”. Most of its contemporary fellows from the 1930s have aged and withered. Seldom do you hear current teenager describe an option as “jake”, condemn someone as a “whanger”, or dismiss the unlikely as “bushwa”. Yet “cool” remains.

Perhaps it is because the concept it represents is so useful. Even-temperedness, unconscious superiority, effortlessness, indifference to the judgments of others—all the things that teenagers in particular long for so earnestly and (generally) find so difficult to attain are what defines “cool”.

The adolescent within us is always concerned with what is “cool”. As adults we may label it slightly differently (“This character has a richness, charm, and depth that both instantly engages the reader and enables the writer to convey subtle but cogent satire” is really just critic-speak for “I like this character; he’s cool.”), but we are still often concerned with what is cool.

For example…. the essential conflict between Batman fans and Superman fans? It’s not “human” versus “superhuman”. It’s about coolness; Batman is “cool”; Superman is not “cool” (as some people define it). 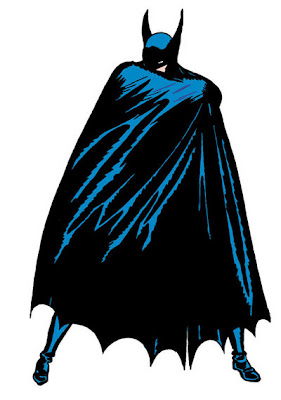 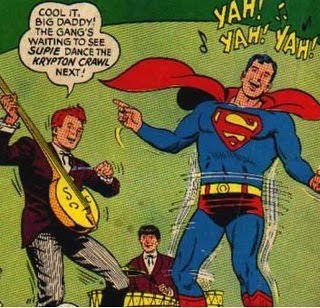 As does Superman... in his own way.

At least, that’s the traditional view of the characters. If you consider them as people, however, it’s easy to make the opposite case. Batman is less cool than Superman, as a person, because Batman strives to impress others and Superman does not. Such is the quixotic difficulty of pinning down what is “cool”.

But, as in the riddle above, one thing that is generally agreed upon is that “being cool” can never be the result of a conscious effort to “be cool”. The same can be said of any “cool” substitute, such as “edgy”,“bizarre”, or “outre”. We all know people who try to be “cool” and therefore are not. So, too, there are those striving desperately to be unique, or eccentric. The person striving to be “cool” is seeking admiration or popularity among his peers; the person striving to be “unusual” is seeking individuation from his peers. But the idea is the same.

Take yer classic villains from Batman’s rogues gallery (or even Flash’s or Superman’s). Are they bizarre and eccentric? Of course. But that’s HOW they do things, now WHAT they do. WHAT they do is being professional criminals: in short, they steal things and kill people as part of the process. They are trying to be successful criminals, they aren’t trying to be bizarre; they simple ARE bizarre.

“Professor Pyg”? “The Dollmaker”? Mr Szasz? Deathstroke? Bane? Doomsday? Sorry, modern writers; you are obviously trying too hard to create characters whose very purpose is to be bizarre or bad-ass. As in the Batman/Superman example above, I make the distinction between the purpose of the character and the purpose of the “person”. Because, sure, when a writer creates a villain, he wants him to be a credible threat and be unique in some way. Nothing wrong with that, I’m not saying there is. But when being bizarre seems to be the only purpose of the “person” the character is… well, that’s just some writer trying too hard to cool. And failing.