Many's the DCU character that's been made into a Heroclix figure, despite obscurity. The Chef at the Themysciran Embassy; Roland Desmond; The Weird; Baby Doll; all made~

Many's the DCU character NOT made, however.  Depending on who it is I may just may (im)patiently, if it seems it's a character there will get around to.  But Heroclix has been around 20 years, so I no longer blindly sit in hope that they are still working on getting to get just the right dial for the Human Flame or Joe Coyne.

The gods help those who help themselves, it's said, so if a character I covet doesn't have a Heroclix figure yet, I will often make one myself.

Sometimes, it "backfires" and, right after I've gone to the trouble, effort, and expense of making a custom figure for a character (like Wonder Woman's brother, Jason), Wizkids will surprise me by coming out with their own:

Ah, well.  Usually, though, I am delighted when I create a custom figure. But how?  It's essentially a three-part process:

For example: The Wind Pirate (whom Wizkids will NOT be making any time in the foreseeable future, unless he's the villain in the next Aquaman movie), whom we met so memorably in the "Jean Loring's Brain" storyline.

The Wind Pirate's "powers" are the weather-controlling abilities from his Ditko-class spaceship, so I looked for an appropriate "Storm" dial; whenever possible I choose dials from Marvel figures so that the custom figure's dial doesn't duplicate and existing one in my (DC) Heroclix collection.

Sure enough, one was easy to find: 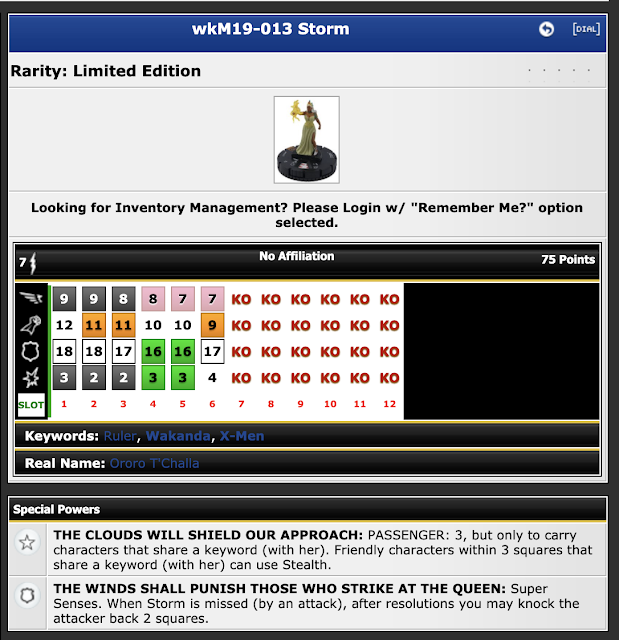 I won't bore you with all the specifics of what the colors etc. mean, but suffice it to say this Storm figure has some key abilities that I thought made it the best choice for representing the Wind Pirate.  Naturally, all Storm figures are going to have abilities to represent weather control. But this one also has the ability to carry several figures along with her (which captures the fact the Wind Pirate has a spaceship) and has a 'leadership' power (which captures the fact that WP is the captain of that spaceship).

Of course, there's no fun having the Wind Pirate on the game board without BOSUN by his side to take abuse, so I looked for a complementary 25 point dial that would make for a 100 point "Wind Pirate & Co." team (or segment of a larger team).  Oddly, I found it in the form of someone named "Lila Cheney": 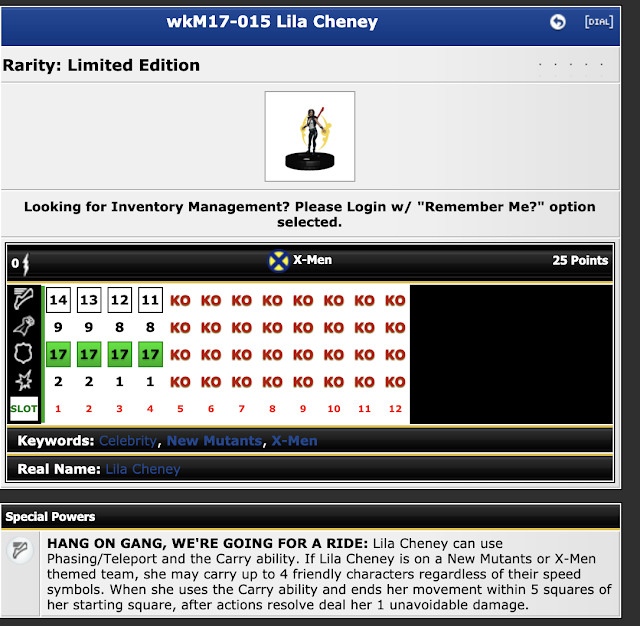 She has no really aggressive attack powers, but she is designed to move far and carry a lot of other figures; putting Bosun on this dial basically represents the Wind Pirate's ship and crew.  That's perfect, since the Bosun the character has no powers (other than the ability to put up with abuse from his unrequited beloved).

As for creating a sculpt, I could have looked for some appropriately sized pirate figures, but... this is the Wind Pirate and Bosun we're talking about, here!  I felt they deserved something bespoke,  so I designed and ordered some figures from Heroforge.com. It's better for D&Dish figures than comic book characters, but it was all over "pirates". 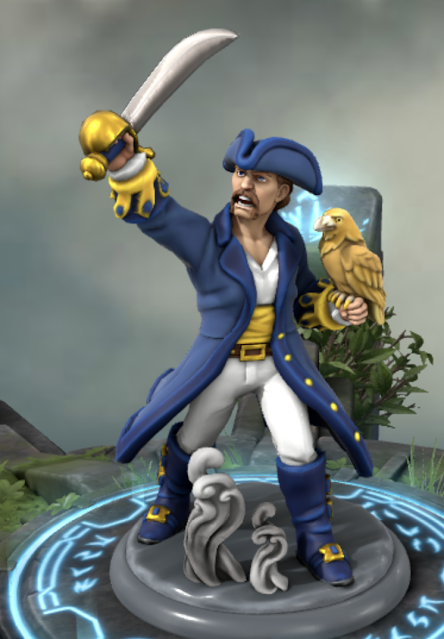 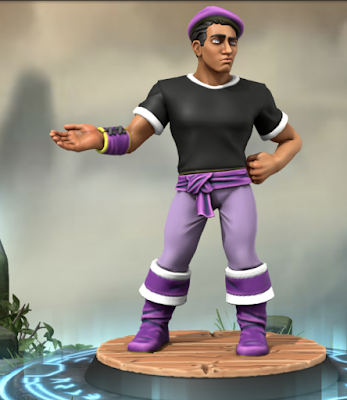 I was happy to have been able to capture Bosun's "you do realize what we're doing is stupid right?" attitude with this design.  Since I made this figure, Heroforge added scarfs, so an updated version could actually have that jaunty orange neckerchief he's sporting in that panel.

With the dials and sculpts on the way, I used this site to design character cards for each of them: 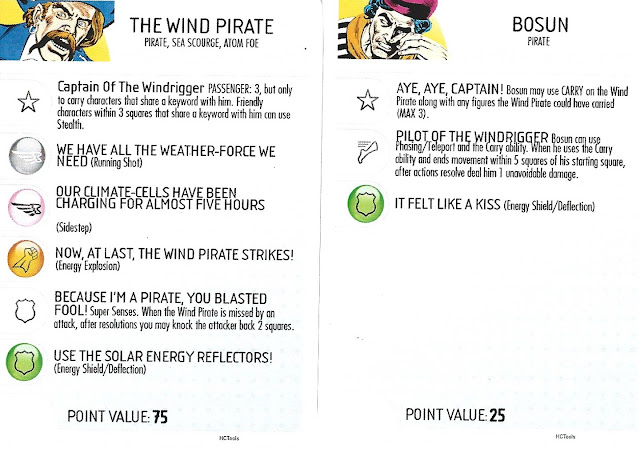 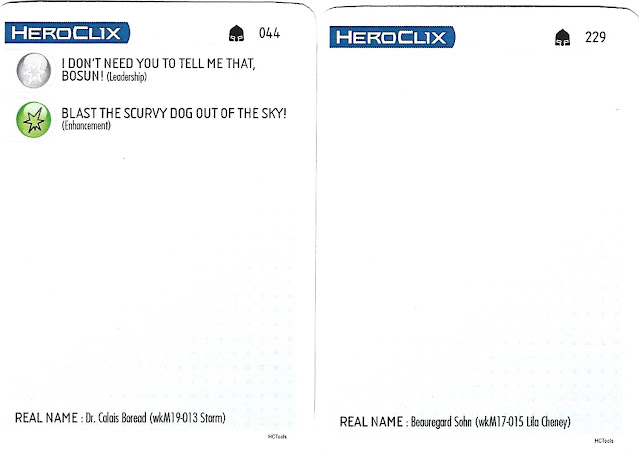 Making up "flavorful" titles for their powers is the fun part; I'm fond of using appropriate quotes from the characters, if possible.  Usually, I bundle a whole bunch of such cards and get them printed professionally by the nice folks at Print & Play, but I could also just print them out on cardstock at home.

Some of the customs I've made with this process more recently have included:

Not really relevant to the game, but it's pretty amazing that I can remember a fair amount of my late-elementary school free time going into scribbling game ideas on paper and struggling to use emery boards and cheap modeling clay to customize action figures, but we now live in a world where there are shops like these that will just do that sort of work semi-economically. And it seems almost competitive to get a better custom product than to get the mass produced stuff.

Thanks! I use an Ant-Man dial for him; most people forget the Klaramarans are size-shifters who are normally microscopic. I use the dial where Ant-Man switches to the other team when he gets kayoed (something about his daughter being kidnapped). That way, he represents EITHER Klee Pan or Chun Yull OR BOTH of them.