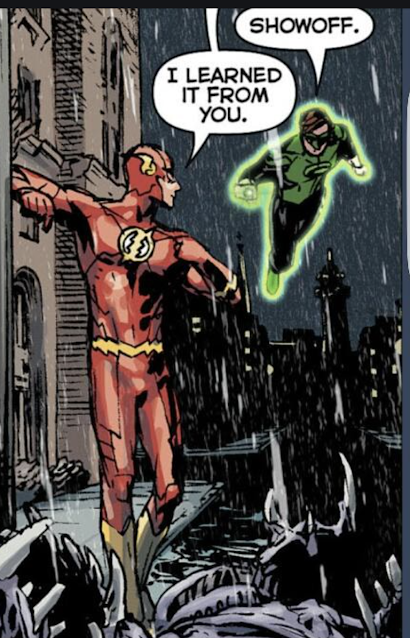 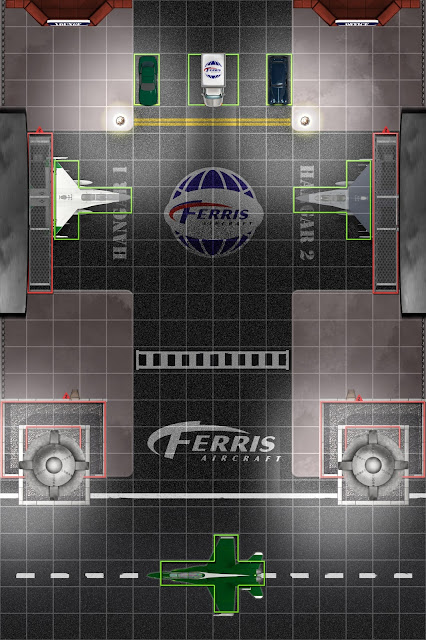 How will YOU celebrate Hal Jordan's figure in the new set, or the new set generally?
Posted by Scipio at 4:34 AM

I can't say that I'm fond of the metallic costume, but I guess it's better than the "everything is glowing, so it's all a washed-out lime green" or any pseudo-armored versions.

Do you think that Carl Ferris (Carol's father, who probably only appeared a few times) ever considered putting a roof over the airstrips, just to see how long it'd be before Hal questioned why he was smacking into rafters?

Poor Carol, though. Of the assorted Silver Age DC "nagging girlfriends who just don't get it," she literally just wanted the guy to stop trying to ineptly seduce her and do his job, preferably without vanishing for days at a time and randomly misplacing expensive prototypes. Instead, she became seventeen different villains to justify her not wanting the DoD to shut her down while investigating her ace pilot. Though I guess that's harder to fit on a map.

Very nice work! Might I suggest that your Ferris map include Hal's oldest and most implacable foe, The Sign?