It's about a runaway slave in early America who dons a mask to fight for freedom. And, c'mon; you can't beat Benjamin Franklin as a supporting cast member: "I caution you again, sir, do not address me as 'Chief'!"

Pistolfist #1
Author(s): J.S. Earl and David A. Flanary, Jr
Artist(s) Andres Guinaldo
Cover Artist(s): 2 covers: Joel Robinson and Mario Gully
How precious is your freedom? Would you fight for it? Would you dare to die for it? Set amidst the American Revolution, this critically-acclaimed series follows the saga of a mysterious, masked runaway slave whose destiny is helplessly entwined with that of a famous, yet frail, Benjamin Franklin. Inspired by true characters and events, you’ll soon discover why fans and fellow creators alike have chosen to “rev it up! 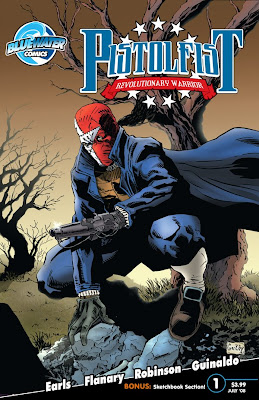 Oh, and for those of you who are budding costume designers (Hi, Jeremy!), there's a contest to design a costume for a modern day version of the character. Oh, make sure it has pilgrim shoes; I just love the pilgrim shoes.
Posted by Scipio at 6:35 AM 7 comments:

Email ThisBlogThis!Share to TwitterShare to FacebookShare to Pinterest
Labels: indies 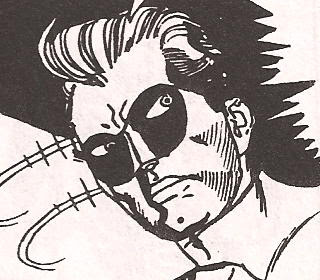 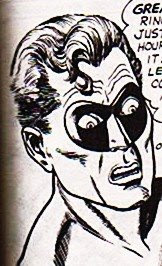 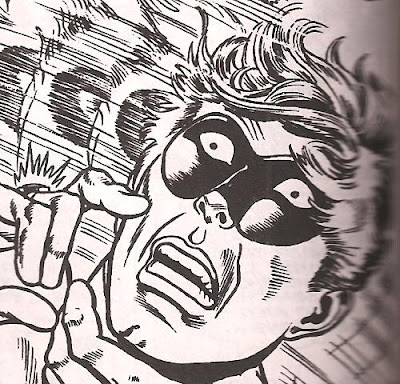 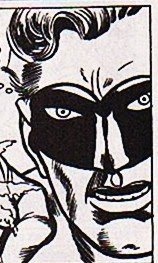 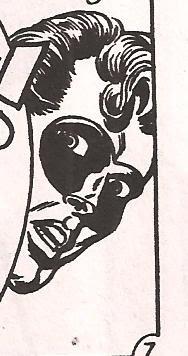 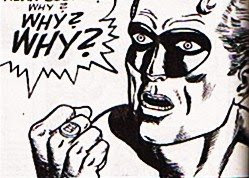 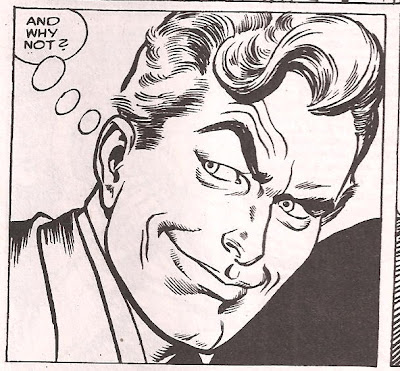 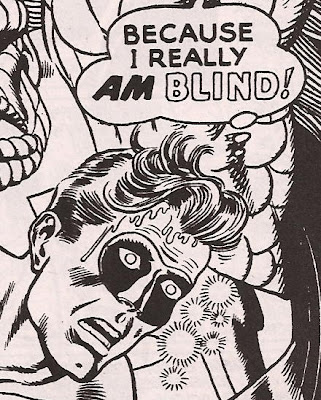 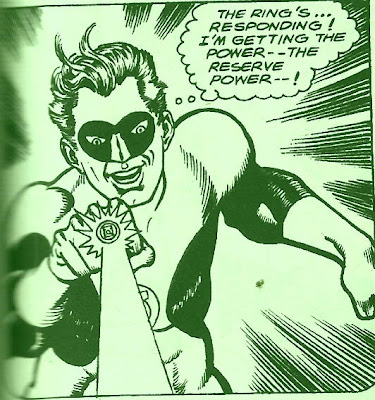 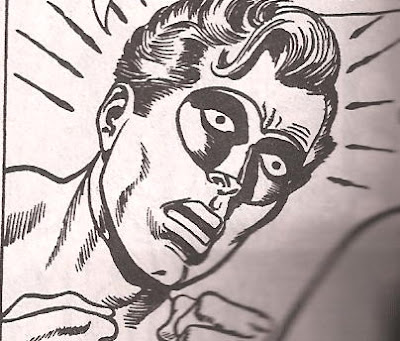 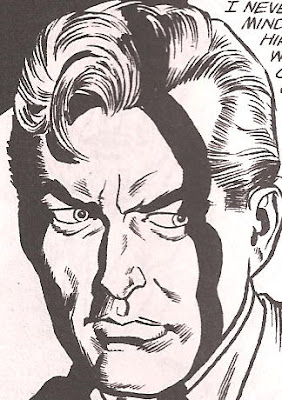 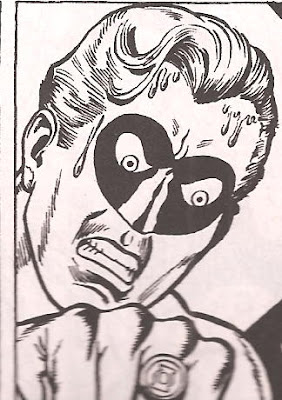 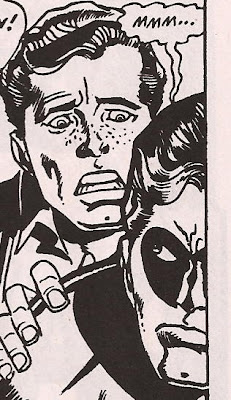 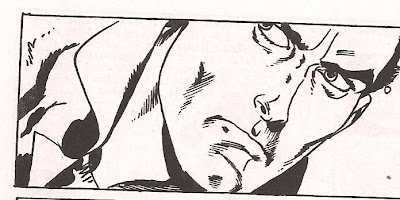 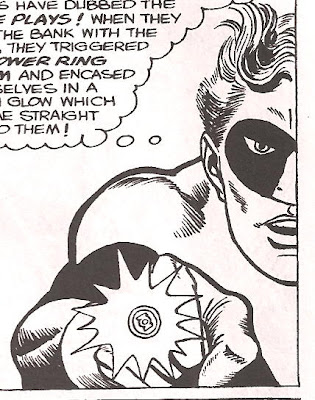 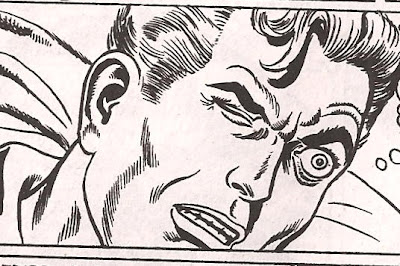 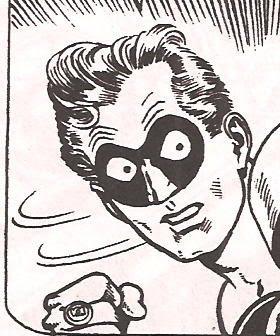 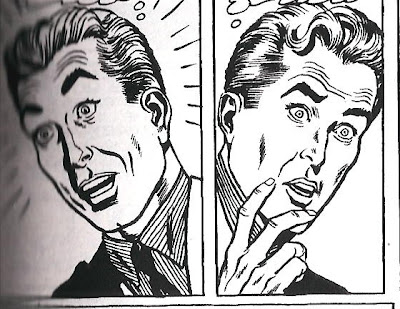 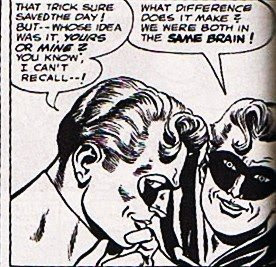 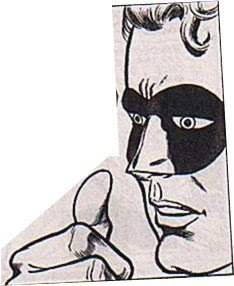 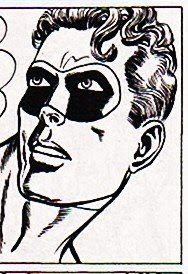 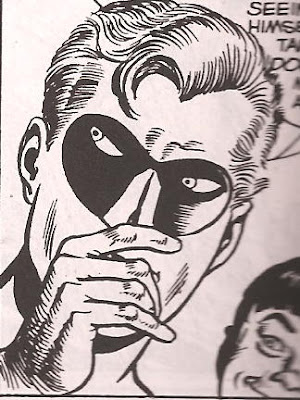 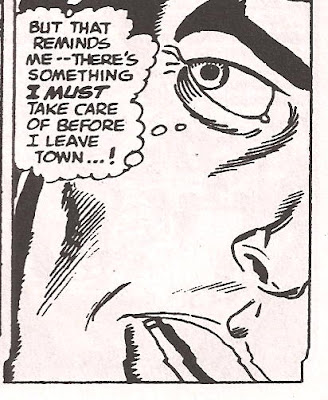 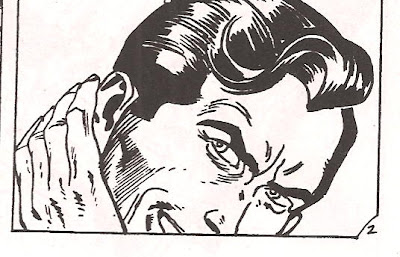 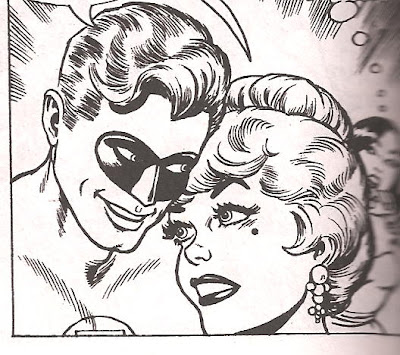 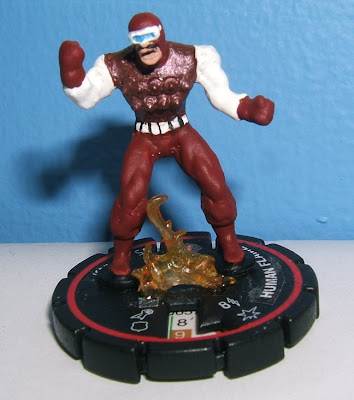 Advice from My Grandfather

My grandfather, a columnist, is dying.

He was rather a well known public personality in my hometown, so there's a good deal of public reaction, well-wishing, and remembrance. And the circumstances are prolonging the phenomenon; since he is very strong and extremely stubborn man, he is not going quickly, despite having been able to receive no food or drink for seven days now.

My grandfather, a Mark Twain-like figure among the locals, is a man of stories; to him, life is not just a thing to be done, but a thing to be talked about. He understands the power of narrative and helped many people -- generations, really -- of my fellow Yorkers realize that life has a story to tell, at every level, every day.

It's an odd situation to be the relative of a dying or recently dead public figure, even just a local one. There are so many people who feel they know your relative so well from his public work. But usually they don't.

The writer, the actor, the performer; they are edited by themselves and others, and what the public sees is a just a version of them. Be wary of assuming that you know what someone really thinks and feels from what they write -- bloggers included. I've been amazed at some of things I've "discovered" about myself based on the perceptions of readers. For any given subject X, various readers decided that I love X, I hate X, I'm a merciless critic of X, I'm a nostalgic supporter of X, I'm deadly serious about X, I find X absurd and hilarious, I know nothing about X, I'm an X-pert, or I don't deserve to live in a world that has X in it.

My advice on reading either blogs or comics is relax and enjoy, if you can; your favorite writers are probably more interested in telling a good story than in fitting into your idea of what their continuity is. Don't waste time trying to figure out what I -- or any other writer -- "really thinks" about something. As my grandfather always used to say, "It's just a column; it's just another story."
Posted by Scipio at 8:38 PM 12 comments:

When last we saw lovely lady lawyer Jean Loring, she was plummeting into the deep ocean from a great height, where a shark zoomed in to attack her. 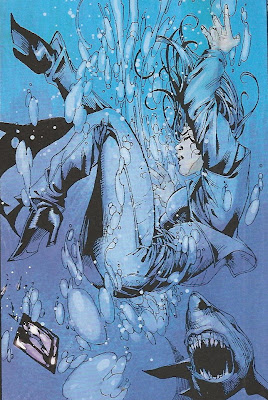 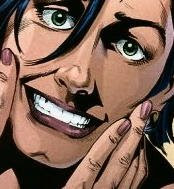 Now that Jean's free of the Black Diamond, there's nothing to hold back her crazy-evil. Funny; it's all sort of familiar, too. Oh, yeah, that's right...

Anyway, this, and our recent commentary about disappearing supporting cast members and "supporting castastrophes" makes me want to ask you the question....

WHERE ARE THEY NOW?

You remember him, right? The mute hunchback, who was a Denominated Henchman (tm) of the Penguin, then became a Batman wage slave. Well, food slave, really, since Harold never left the Batcave to spend any money. Bruce is a shrewd one: supplying cave-and-board in exchange for a mechanical genius to repair all your bat-paraphernalia is a pretty good deal. "Alfred, whatever time you've gained from Harold's being with us, I want you to spend clipping coupons." Who says billionaires can't be frugal?

The last I saw of Harold, I think, was before the Gotham Earthquake, wherein he (and Ace the Bat-Bernard) presumably died. Or did Hush The World's Greatest Neurosurgeon (copyright Polite Dissent) make him over one afternoon into a Demosthenetian Abercrombie & Fitch model? I may have nightmared that; the whole Hush story is just a muddled, blurry mess in my mind. And outside of my mind, too.

No, not the Marvel Bunny. I mean Wonder Woman's Indian co-worker at Taco Whiz; I really liked her. I was terribly amused that Gail Simone recently had Etta Candy refer to Wonder Woman's working at Taco Whiz pre-Zero Hour. I think that should be one of Etta Candy's literary functions: to repeatedly refer to every stupid, embarrassing thing Wonder Woman's ever done or been party to, in any medium. The courtship of Darkseid; marching against milk companies, fighting Dr. Domino; the dress shop. There should never be any other evidence that such things every happened; just Etta, acting as Meta-Candy.

Anyway, it's probably best that we've not heard from Hoppi again, because if she came back we'd probably discover that she's now the Ambassador to/from India, or the U.S. Secretary of Nutrition or something. Kind of like how Jeff Pierce became Secretary of Education and Linda Park became the World Expert on Hyperspeed Physiology (tm).

I didn't read Kyle Baker's Plastic Man (because, like most other modern versions, it missed Jack Cole's central concept that Plastic Man was the Straight Man in his own comic), so the last I saw of Woozy Winks was his origin story, the one where he was a crackerjack fighting-machine secret agent (the Green Dragon!), until he got trapped with a bleeding Plastic Man, and went permanently loopy from the glue-sniffing effects of Plaz's plasma. I love that story.

Since which, Plastic Man has become a Marvel character, ruined by soap suds, and saddled with an illegitimate son due to an insanely slavish devotion to Mark Waid's elseworld of "Kingdom Come", which to me is just about as stupid as continually referring to Alfred's "Batman II" or Bob Haney's Super-Sons. I couldn't care less about "Offspring" (and, apparently, neither does anyone else); let's get back to Woozy.

Wally's Mom
I adored that woman. Unimpressed by her son's superhero/superstar status, she was an inveterate nag whose sometimes-dead husband, Rudy, was a species-traitor and longtime louse. The last I remember of her, she'd given up on trying to turn Wally into a decent human being, married David Niven, and adopted a life of international adventure, all of which was highly uncharacteristic of her. Since Wally's mom was one of the few superhero parents ever to become a recurring castmember, and one with such a strong and memorable personality, I find the blackout of information on her very disturbing; Wally has not once mentioned her since she got married. Did she contract a rare, fatal fever plague after handling pirate treasure on a Caribbean cruise? Is she working for Checkmate? Did she and David go scuba diving in the South Pacific and get eaten by Jean Loring? We may never know.

Oh, and it's not just her. Mason Trollbridge. Chester Runk, the fifth most dangerous man in the world. Connie. The McGees. Chuck Cunningham. Detectives Scylla & Charybdis, or whoever those guys were. I swear, "The Flash" is the Diff'rent Strokes of comic books: once you're seen in it, you're never heard from again. Perhaps they're all just lost somewhere, wandering purposelessly along one of the vast boulevards of the sprawling madness that is Central City, pestering passers-by: "Can you tell me who I am? Have you seen my Dynastic Centerpiece? Are you my mommy?"


Supply answer if you can, but also tell us,

who are your favorite missing supporting cast members?