I'm meteorologist Misty Hazen, joining you, my colleagues here at station WFLA, and all citizens of Apex, as we mourn the loss of our treasured hero, J'onn J'onzz, the 'Martian Manhunter'.

"Services will be held for Mr. J'onzz all this week throughout Apex, so that everyone can find time to attend. Let's take a look at the forecast for the week so you can plan accordingly...

"Today the weather will be normal and seasonal, with large earthward meteors expected all over town. 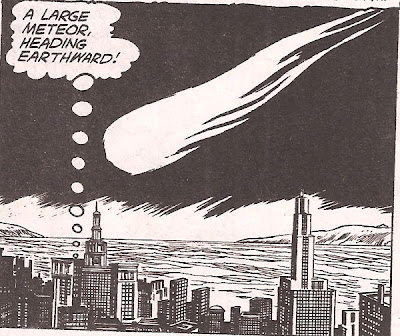 "Tuesday, falling planes are anticipated in the morning, 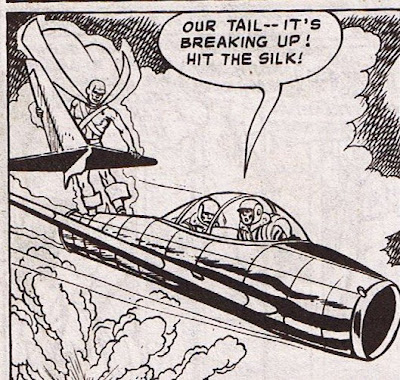 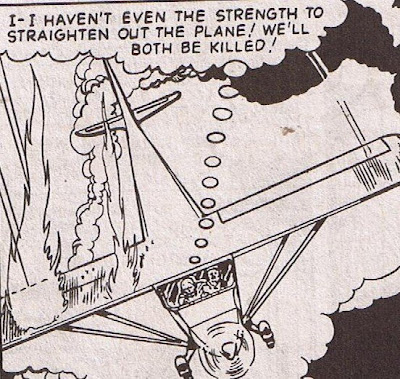 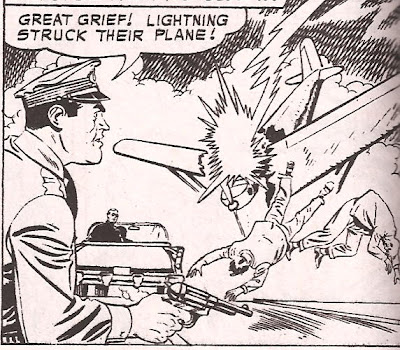 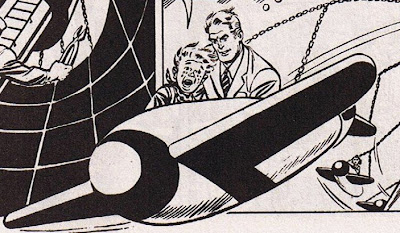 but in the afternoon, those should taper off... 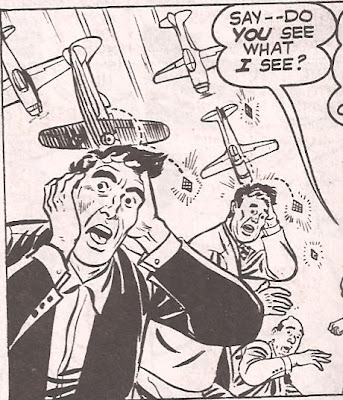 ..and completely disappear by the late afternoon. 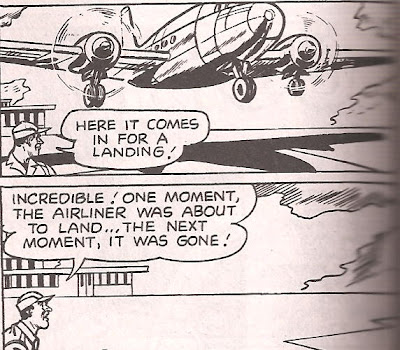 "Wednesday should be lovely in the city, with falling meteors, 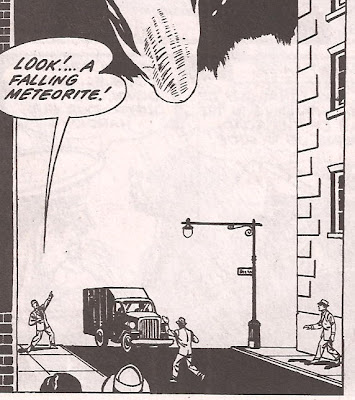 but prepare for scattered crazy bullets in the countryside. 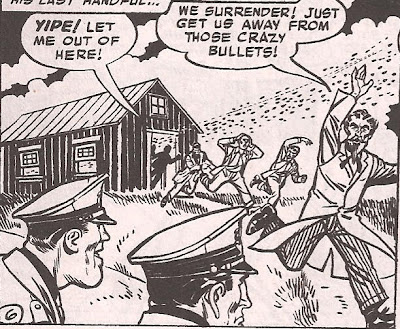 "Thursday, look for both sudden giant and freak waves in the area of Rainbow Beach. 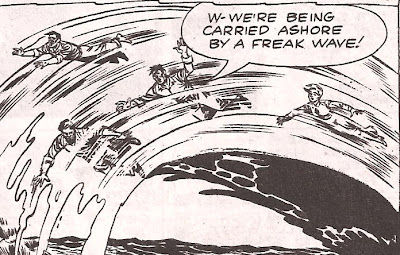 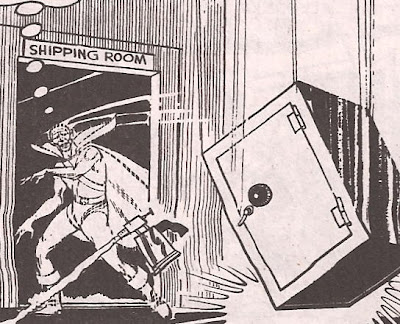 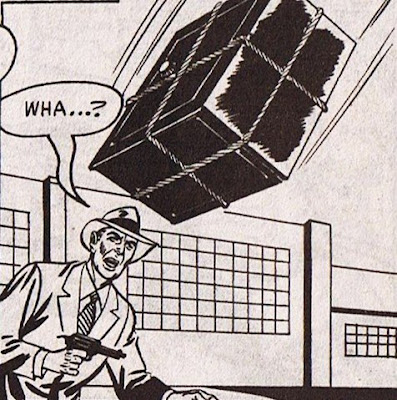 "Saturday should be clear, with the possibility of an automotive tornado in the Gawking District.

"Sunday, the weather should return to normal with flaming meteors exploding over mid-town." 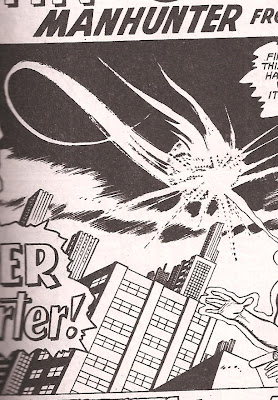 "Wishing you all safe mourning,this is Misty Hazen, saying, 'Look to the skies! Keep watching the skies!'..." 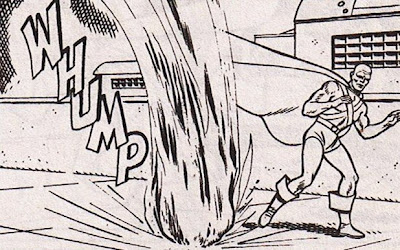 Well, if Arion is correct, without the Martian Manhunter to save them, humanity will find a way to save themselves from the meteors.

1) Is that Bob Hope looking on as the automotive tornado wrecks havok? More evidence of a Florida locale....

Scipio, DC has *got* to hire you to write a J'onn J'onnzz, Hero of Apex City miniseries to celebrate his inevitable resurrection and revitalization!

Is the Martian Manhunter still dead, or has that been retconned yet?

the absorbascon has been kicking an above average amount of ass lately. Thanks

Say what you will about Apex city, what with its constant Meteor showers, falling airplanes and automotive tornadoes, but gosh darn it, you have to admit it is an exciting place to live.

They're going to MISS J'onn J'onnz. As will we all.

I would write Apex City in a heartbeat.

Was it just me or was the Manhunter's death particularly abrupt and diffcult to follow? I knew it was coming and I had difficulty understanding what was happening. Maybe it's partially due to my aversion to that post-infinite-crisis-look but... still... Scipio, how about a book calling for visits to various established but forgotten corners of the DCU? That would be a fun but rewarding niche book.

OK, which major heroes in the DC Universe actually got a worse death than J'Onn J'Onzz?