The Man Who Replaced Batman (Part 3): The Clever Bomb Ruse!

When we last left Batman, he's spirited away a scrap of Deadshot's clothing (when he managed to shoot out his own pocket, as expert marksmen so frequently do).

Robin correctly identifies how threadbare a clue it is, mostly in order to set up how awesome Batman is when that's all he needs to successfully deduce Deadshot's identity.  Being a zillionaire himself, Batman can recognize pricey cloth so they do a thorough canvass of better men's shops which in a city the size of Gotham probably takes, oh, about two months, unless they are lucky enough to get Frank Nelson's help. 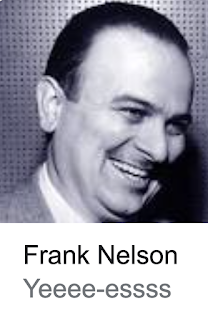 Fortunately, Frank Nelson CAN help them because this is Ye Olde Days when clothiers would have been making custom tuxedoes from their own bespoke cloth. Which I'm not certain is a thing that ever actually happened.  BUT Gotham's gotta Gotham.

Then Batman expounds on whatever Latest Development the writers read about in the news that they decided to make a plot point; in this case, it's some sort of multi-camera magic measuring set-up.

With this ridiculous premise in place, Batman sets up a Traditional Golden Age Ruse to get Deadshot's measurements.

Oh, Bruce. "Yas, despite believing there's a time-bomb in my house, I daren't leave,  you see, because it's after 6PM and that would require I change out of my smoking jacket into proper evening attire and, this being Monday, it's my man Alfred's night off, of course."  The Gotham cops are probably accustomed to such nonsense from Bruce as he's setting up some ruse on Batman's behalf at least once a month; "Maybe the raccoons we chased out of your attic last week left a time-bomb, Mr. Wayne; sure, we'll check it out for you."

Naturally, Gotham cops can't look for a time-bomb by themselves (and all the funds from the Bomb Squad were diverted to the Operatic Crimes Division), so Gordon sends one of his pet vigilantes along because, after all, Bruce Wayne is a healthy contributor to the Policeman's Benevolence Fund.

So, naturally, Batman simply exposes Deadshot's identity as Lawton, who is immediately and ironically gunned down by mobsters in retaliation for his crimefighting activities, and Batman is once again No. 1 in Jim Gordon's affections.

In the distant future, one of the most confusing things for archaeologists is definitely going to be how we managed to invent "measure a person from their picture" so many times and still somehow never got it to work.

Oh, and...we're all agreed that the "HIDDEN CAMERA" arrow is a diegetic sign and not a caption, right? Because I really want that to be a sign that Alfred hand-painted.

Redd Foxx collected one-shtick wonders like Frank "Eeee-yes?!" Nelson and Bill "You can call me Ray..." Saluga like porcelain figurines. Like the guy that would show up and say "I bet he can't do THIS!" and balance a chair on his head.