Heroclix customs: The Museum and Aegis


Time for some Heroclix!

Here is a new custom map I made for a generic location: The Museum.

This map is based on a real place: The Oriental Museum at the University of Chicago.


On my map, the display cases serve as indoor blocking terrain.  Walls and displays are not allowed to be destroyed. Because art.

The circles at the northern edge of the map are for placing Loot (an option I have developed for play).

Whom might you find in the Museum? Perhaps Wonder Woman's brother, Jason, protecting some classical artifact.

It's not a perfect match for his comic book costume, but one does what one can:

Jason's time in comics was short and mostly just an excuse to inflict some pain on Wonder Woman when he betrayed her to some New Gods nonsense.  And then changed his mind as soon as someone pointed out that it was rude.  Very CW.  I hope a writer will bring him back some day; Wonder Woman really needs a broader dynasty and "the only male Amazon" is a great concept.

This sculpt was created on and ordered from HeroForge 2.0.

I have placed it on this dial, a very good one for protecting others: 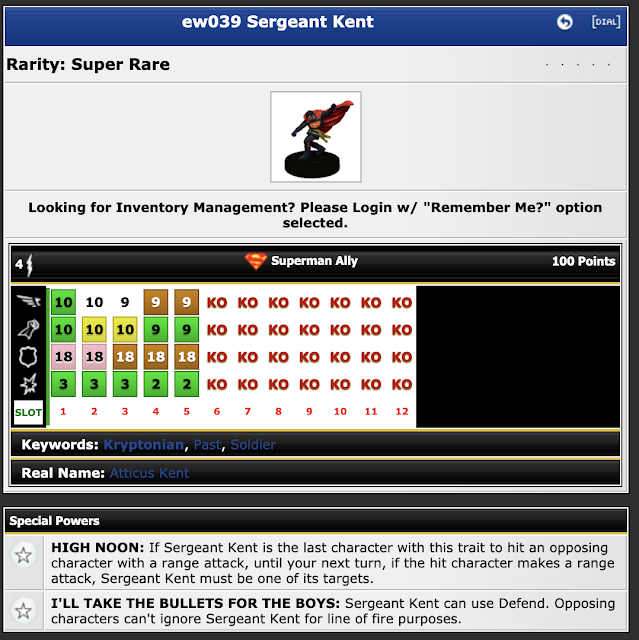 They never gave him a surname or a codename, so I had to do that myself.


Given how protection-oriented the dial is, "Aegis" seemed the right choice.

I miss the days when the writers would have decided that Diana Prince (the nurse paid off so that Wonder Woman could steal her identity) also had a twin brother, all just to head off the "but what is his last name?" question...

That... yes, they would have done just that.

Seems like Hawkman or Doctor Fate ought to be lurking in a museum with those exhibits. . . .

There are a LOT of archaeologists in comics.
Not enough to protect us from Zahi Hawass, mind you; but still a lot.