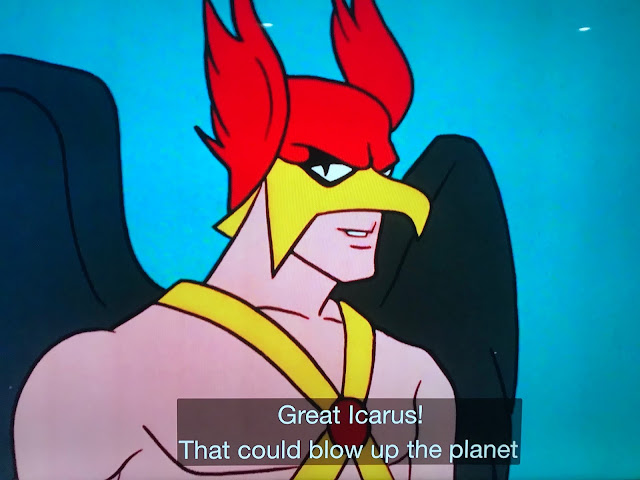 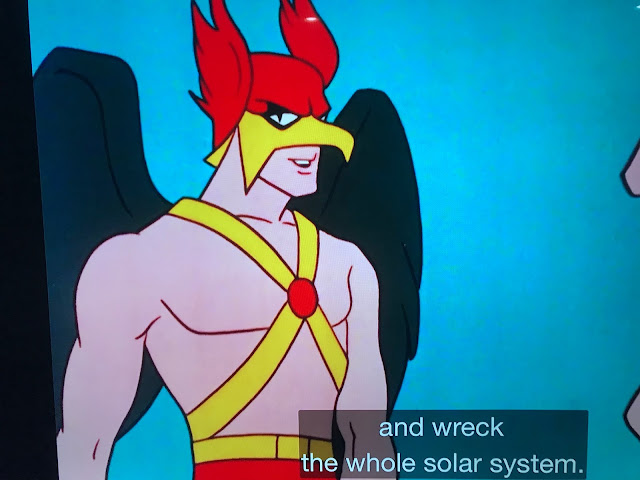 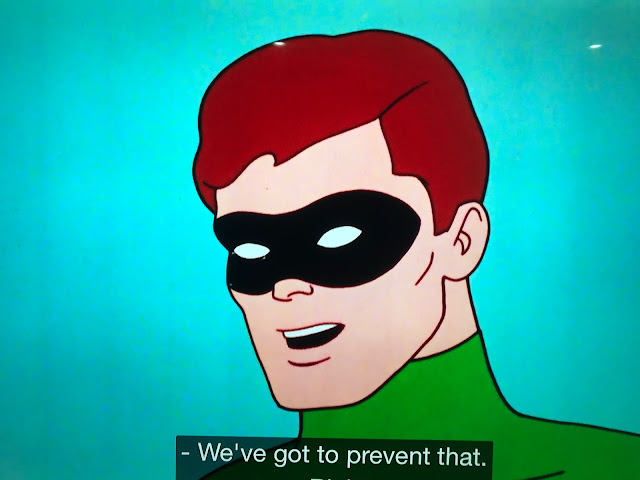 You laugh, but it's not like anybody else was suggesting they do anything. Hawkman looks downright pleased and, if it's the episode I'm thinking of (I'm about halfway through the series), the Flash is busy trying to figure out how mud works while the Atom describes things around him like he's a stoner...

Hal's just a gracious to Carter. He knows it's all up to him. Hawkman can't do a darned thing about it anyway.

R Duncan - I like your take on it. And it's fully in keeping with superhero cartoons of old, like how the Superfriends would take Batman on missions to other galaxies even though this was his "useless except for his utility belt" phase. The emphasis isn't "we've got to PREVENT that", it's "WE'VE got to prevent that", like "c'mon buddy, between the two of us we can do this!"

Talked down to by Hal Jordan. Wow.

Remember, Hawkman IS the one with the kick-ass spaceship.