"Aqualad – slow and powerless dullard of the ocean,

with inability to summon and command any creatures of the deep.

Aqualad, who, as the teenage ally of Aquaman, 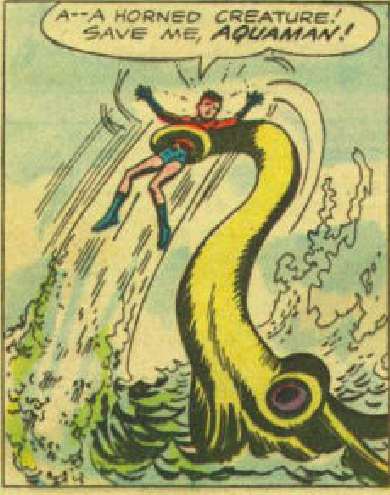 fears and avoids all that lives in the seas 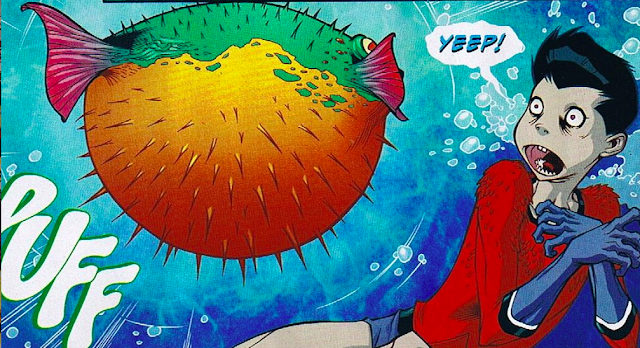 and also the forces of evil. 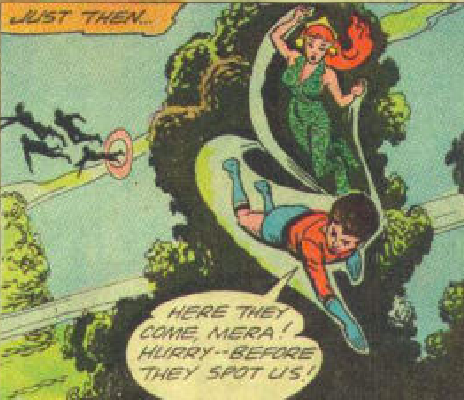 Aqualad – Feeb of the Seven Seas!" 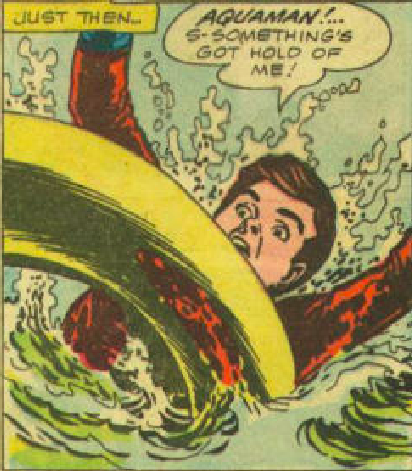 Oh, Aqualad. I must confess I’ve missed my favorite punching bag since he was last seen in comics book several years ago.  There aren’t any big-headed, purple-eyed freaks in comics nowadays, or if there are, N.O.W.H.E.R.E. and STARLabs have them buried in sealed vaults underground. 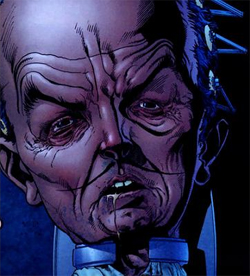 I say a paternity test here is LONG overdue.

Here’s just some of the characters who’ve been re-introduced in the New52 and are thereby evidently more important than Aqualad:

Face it; we’ll see Benny Khiss & Marvin Fargo before we see Aqualad again.  But I have not forgotten him and neither have the folks at Wizkids who make Heroclix, including the new figure of him in the forthcoming “Teen Titans” set. 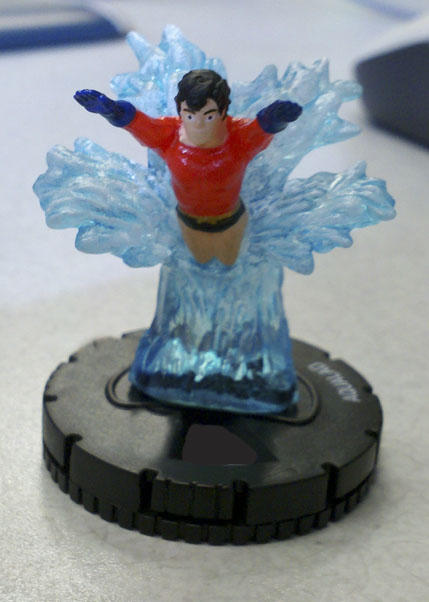 Okay, Wizkids; that head is not NEARLY large enough.
Hire that guy who draws Family Circus to help you.

I thought I’d help you understand the ‘editorial accuracy” of his dial by illustrating his powers with selected panels from past stories (since there won’t be any future ones). 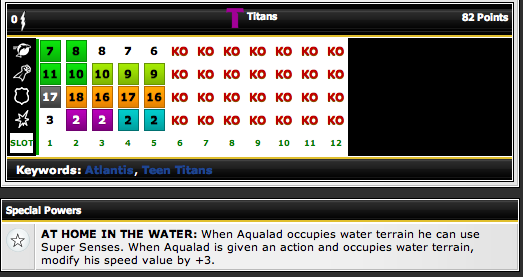 MOVE-AND-ATTACK. This character can use Hypersonic Speed if it is not adjacent to an opposing character when given the power action, but its attack value is modified by -2
This power (marked by that 'dolphin in a circle' symbol) is really more like “ATTACK-AND-MOVE”.  It’s the ability to run away after you’ve punched someone in the back.

Also, Aqualad's Special Power grants him Super Senses when he's in the water.  That means that in the water it's nearly impossible to sneak up on him. 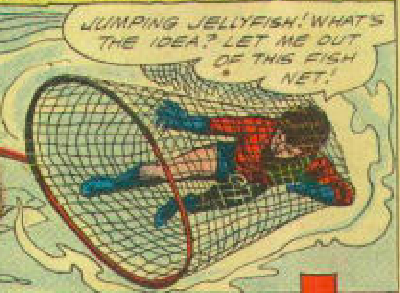 "Nearly" being the operative word. 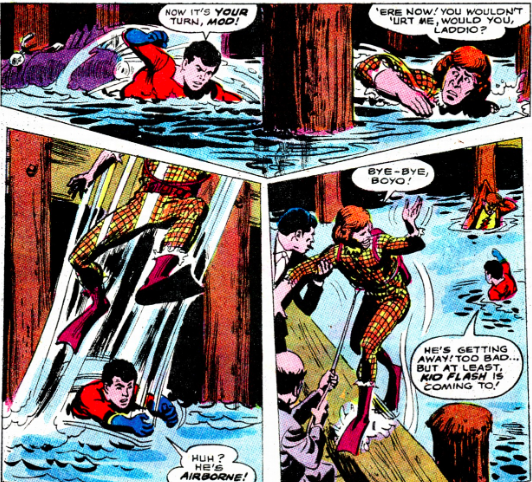 Aqualad makes an unsuccessful charge against the Mad Mod.  After all, how could the Prince of the Seven Seas hope to prevail, while in the water, against a middle-aged British poofter in swim fins?


As mentioned, Aqualad is more likely to run AWAY from a foe than toward one.

But Charge does give him the ability to blunder directly into an opponent, his arms flailing desperately like Killer Moth’s. 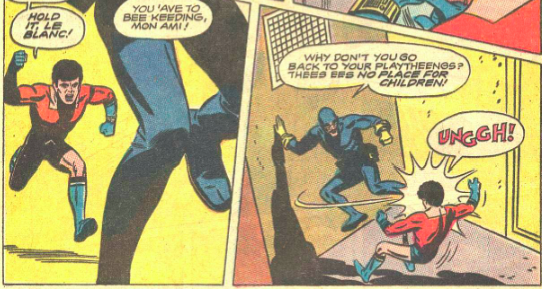 Um... a powerless Frenchman just kicked you in the face, Aqualad.  When sissified villains want to pump up their egos, they take on Aqualad.  Next issue the Monocle will give him SUCH a slap! 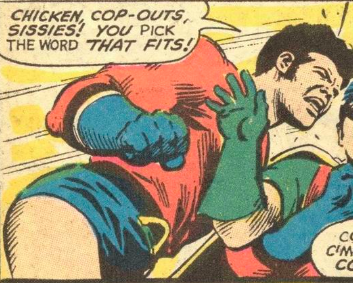 Well, Aqualad, you're the expert.

The green squares in the second row (Attack) indicate that he has...

SUPERSTRENGTH  When this character moves due to its own action, it may either pick up an object or place an object it is holding. The object must be picked up from or placed in either a square the character occupies or an adjacent square. If this power is lost or countered while this character is holding an object, immediately place the object in the square this character occupies.
This allows Aqualad to run around for many turns looking ridiculous by holding an object over his head, like Adam West with a bomb.  Except he’d never get that close to those scary ducklings.  And now, thanks to a rules change, he can put DOWN the ridiculous object just in time to have someone else pick it up and quickly bonk him on the head with it. 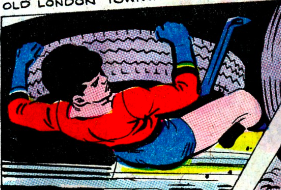 After he's had sex with it first, of course. I guess when you grow up under water, old tires and ship mastheads start to look pretty good to you. 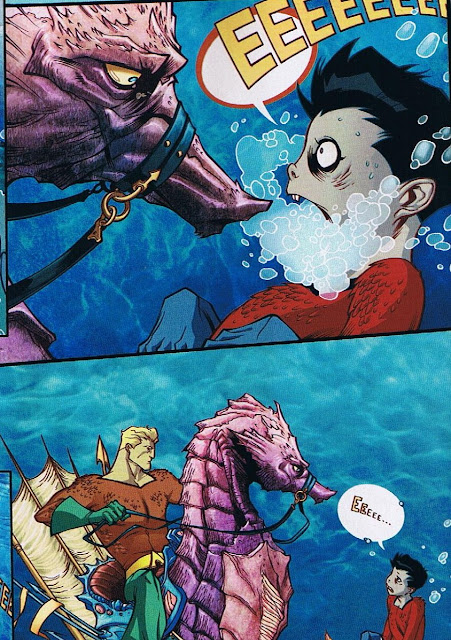 Nobody quakes more thoroughly in comics than Aqualad (except perhaps Scooby Doo).

In the third row (Defense), the Prince of the Seas has the grey square indicating...

INVULNERABILITY  Damage dealt to this character is reduced by 2 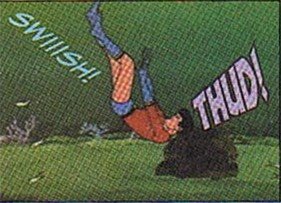 One of my personal favorites because it lets you give Aqualad a terrific wallop in the head without knocking him out.

And the orange ones denoting...
TOUGHNESS  Damage dealt to this character is reduced by 1. 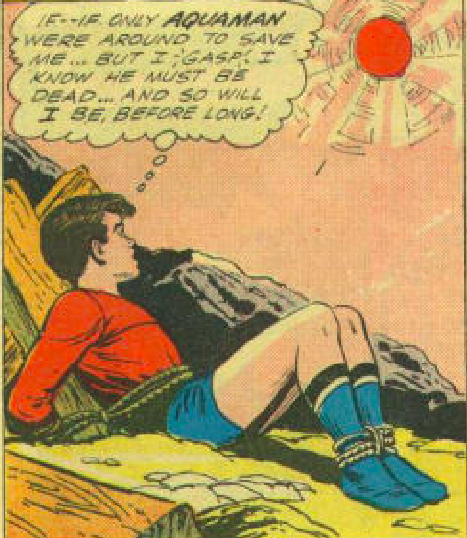 Similarly, Toughness allows you to prolong Aqualad’s suffering.  Like a catfish with a mousefish.  And, yes, there is such a thing, look it up. 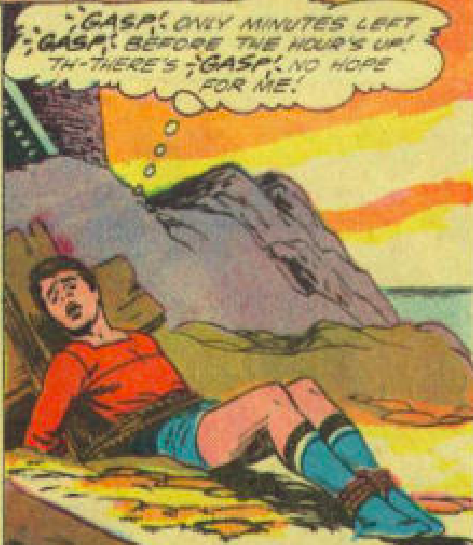 
The purple square in the fourth row (Damage) is...

CLOSE COMBAT EXPERT  Give this character a power action. It makes a close combat attack against a single opposing target character; before making the attack you may modify its attack value by +2, its damage value by + 2, or both combat values by +1.

Knocked out with one push by Jimmy's Olsen's angry cousin 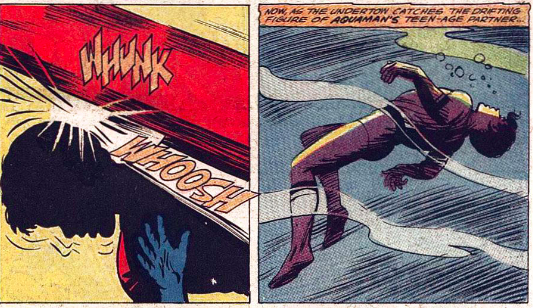 Ladies and gentlemen, Aqualad getting Jordanized by a surfboard.  You're welcome.


And the last one, the sky blue in the Damage row is...

This is just the perfect power to give Aqualad.  Because this way when you attack Aqualad and succeed (which you will, because Aqualad), he can say, "Okay, you caught me that time!  But now you have to do again! And THIS time I"m ready.  THIS time will be different". Which, of course, it won't... 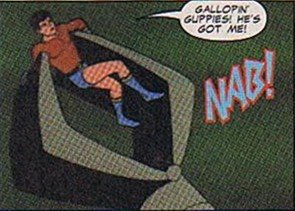 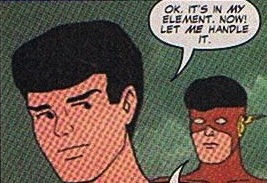 Oh, I'm sure it will be different this time. 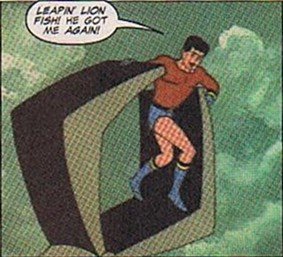 It IS different!  He caught you at different angle!

This is great because sometimes just kicking Aqualad’s ass once in a row is not enough, and Probability Control gives you a chance to kick his ass twice in a row. 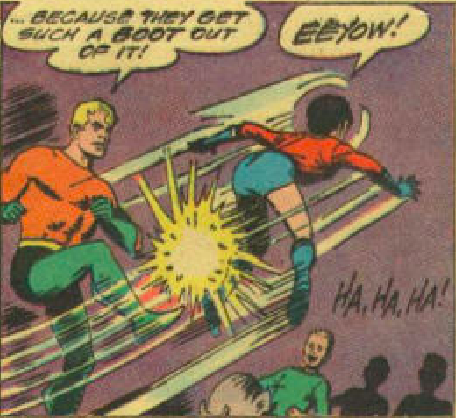 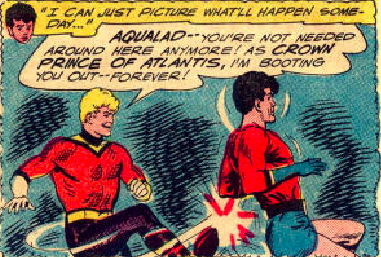 And, really, who can resist that?

I've always--since I was a kid--been a fan of the teen heroes, and I remember reading through the Showcase Presents: Aquaman volumes, looking forward to cool Aqualad moments. However, it's just as you portray--there weren't any. Robin, Speedy, Kid Flash--all of them were perfectly capable on their own, but Aqualad simply sucked the life out of just about every panel he was in. One wonders why Aquaman took him along on his adventures.

Usually, I'd be happy to accuse myself of using select panels to cast Aqualad in a certain light (it's a blogger's perogative).

But it's...just the way Aqualad is.

Of course Dale Gunn is more important than Aqualad!

As a HeroClix fan (and not so much an Aqualad fan), I really enjoyed this.

I bought some of the new Titans Clix today, and was amused to see that 82-point Aqualad is almost in the same weight class as 85-point Persuader.