My Killer Moth 3-D printing custom Heroclix figure (I got two of them), along with my custom Mothmoble 'clix. 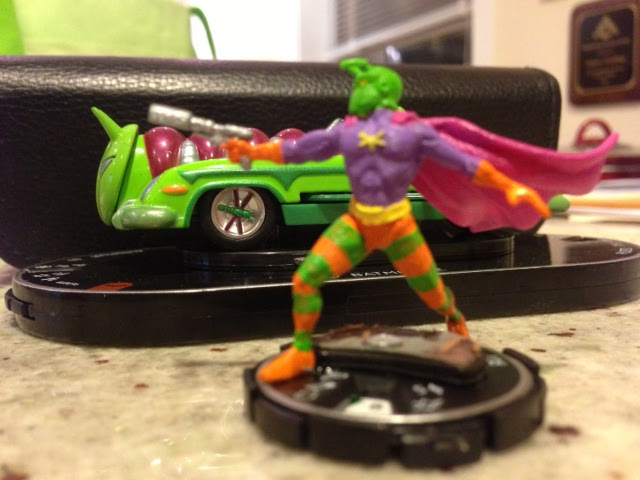 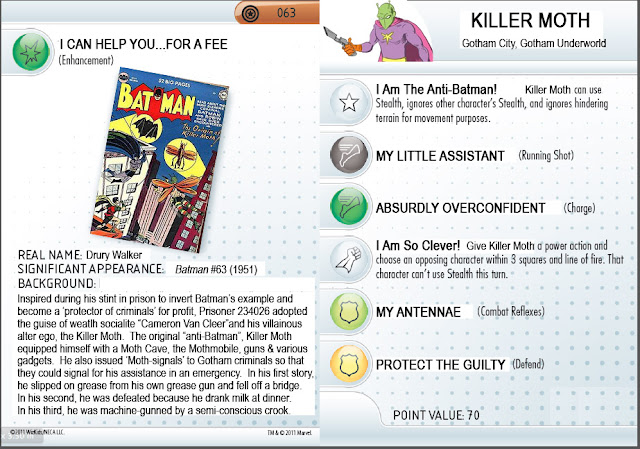 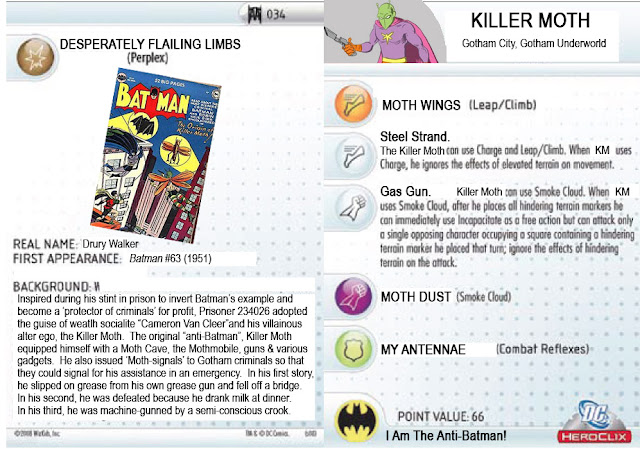 It's...it sure is colorful! Seriously, Killer Moth did this on purpose?

But that is an amazing creation, despite his fashion sense.

Marcos, it's on the "Rohjaz" dial (CA-063).
Improved movement against hindering terrain.
As a trait, can use Stealth and ignore it on opponents,
As a special power, can make a power action to CANCEL Stealth on an opponent with 3 squares.

Plus its regular powers include Running Shot, Charge, Combat Reflexes, Enhancement and Defend; makes him perfect to come to the rescue of some overwhelmed criminal.

I actually have a SECOND one, that's one a different dial (the 66 point Robin).

Your dial description seemes to be remarkably competent for Killer Moth as he has been portrayed on this site.

It does; it's Killer Moth's self image, really.