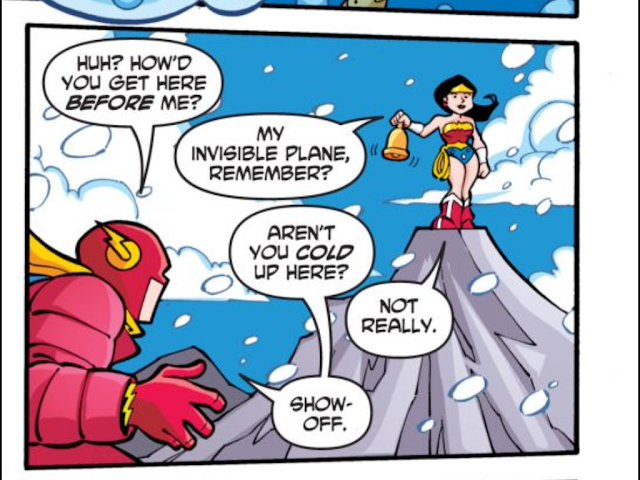 I like the Flash's snowsuit. You can't necessarily attribute that to Fisch, but it's still a nice touch. I do wish some of DC's all-ages superhero titles would survive. I miss them. Young Justice just ended, and I imagine Green Lantern won't be around much longer. Tiny Titans just doesn't appeal to me, though my daughter enjoys it.

I do hope we see more Sholly after his final-for-now Action Comics run ends next issue.

This is pretty much a riff on one of Englehart's JLA stories, where the team meets Superman atop the Himalayas, where he's using his x-ray vision at super-speed to scan the entire world. I wish I could remember the exact dialog, but it's similar...