Your mother said she found this in your closet... 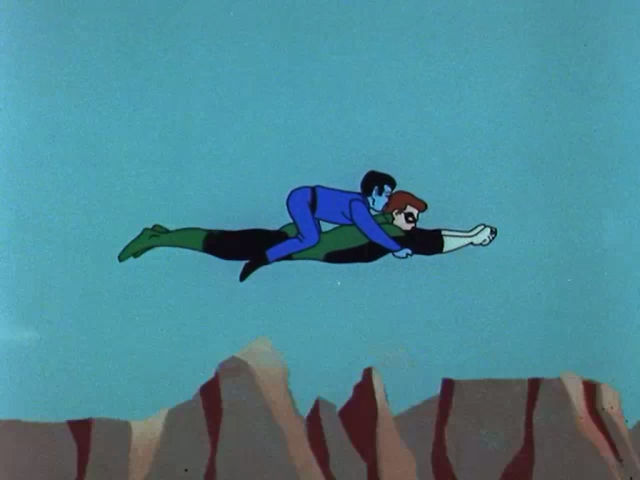 Who taught you how to do this stuff?" 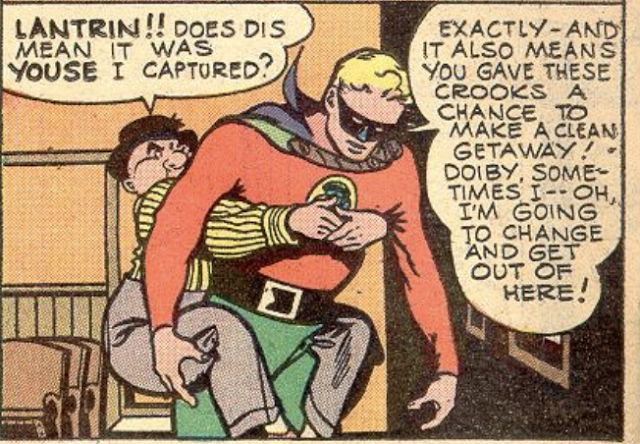 I learned it by watching YOU!"
Posted by Scipio at 8:37 AM

Y'know, obviously not your point, but it's surprising that nobody has every tried to link Mr. Dickles, there, to Harley Quinn, since they both have that awful Anything Goes Brooklyn accent and both give their great, abusive loves (the Joker and the cab, though granted, the cab was possessed by Sinestro) dumb nicknames.

Let us observe that Doiby owns his own cab and doesn't need a ride like Kyro does. So he had to contrive a different excuse.

I didn't remember that one AT ALL

You NEVER remember that one. But I never forget:

And I still marvel at your ability to craft new lyrics to songs, and your impeccable sense of meter. Not a single line feels like you started with the rhyme and worked your way backwards.

OH COME ON! Goitrude is SO NOT a dumb nickname for a New York taxi cab!

"Goitrude" ("Gertrude" in Brooklynese) isn't a nickname, it's an actual name. Lots of people name their cars. :-)

Doiby is one of the "Funny Fat Friends" mentioned in an earlier article.

"Doiby Dickles is living on a distant planet (it was a Young Justice story; anything could happen)"

Doiby living on another planet dates back to Green Lantern #45 (June 1966, over a year prior to Star Trek's "A Piece of the Action"), where he married Princess Ramia of the planet Myrg, much of which he re-made to resemble Brooklyn, along with a baseball field for the Dodgers. He even influenced Myrg's inhabitants to speak with Brooklyn accents. "Young Justice" had nothin' on the sixties when it came to "anything could happen." :-)

I'd completely forgotten that SONG, too. Heh; "penthouse" view is a nice one.

"Not a single line feels like you started with the rhyme and worked your way backwards."
That's because I don't! I match the rhythm first, change the words as little as possible, and THEN look for a soundalike.