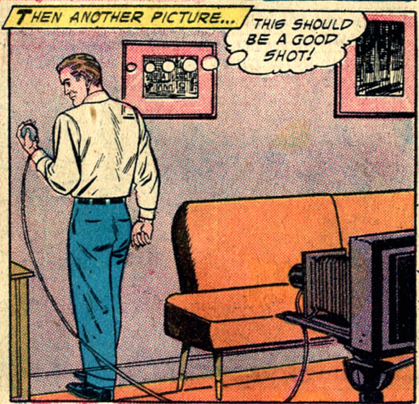 Hopelessly square or just impossibly weird?  It's J'onn J'onnz, who can say...?
Posted by Scipio at 6:51 PM 9 comments:

Monday we revisited one of my favorite themes (memes?), the Eyes of Hal Jordan.

It's less well known that the "Hal Jordan's Head" phenomenon, but much creepier.  Another HJ theme is that, as a function of Hal's vanity, he often winds up creating, fighting, or otherwise dealing with copies of himself.

It has been theorized that crossing the streams of these Jordanian phenomena might destroy the DCU as we know it.

Oh, wait.  Hal already did that once.

Anyway, for the curious who have been searching for that ONE panel that captures all three phenomena so they can have it blown up, framed, and put in their cubicle at work to keep everyone away (Hi, SallyP!), I give you this.  Ladies and gentlemen, the Ultimate Hal Jordan Panel: 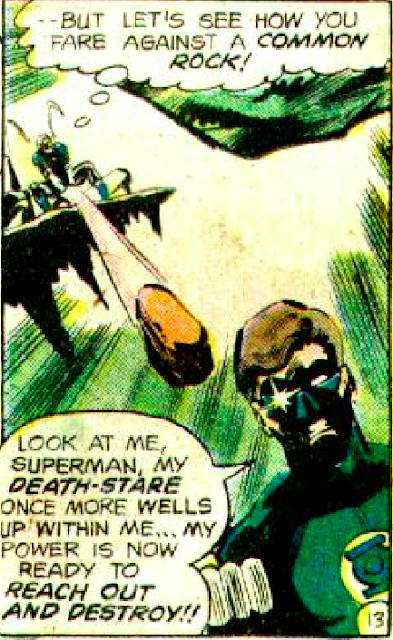 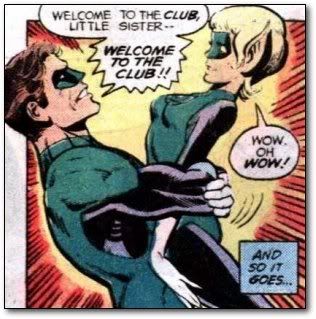 What haiku can YOU compose about the pre-Crisis world's favorite squicky couple?
Posted by Scipio at 8:00 AM 4 comments: 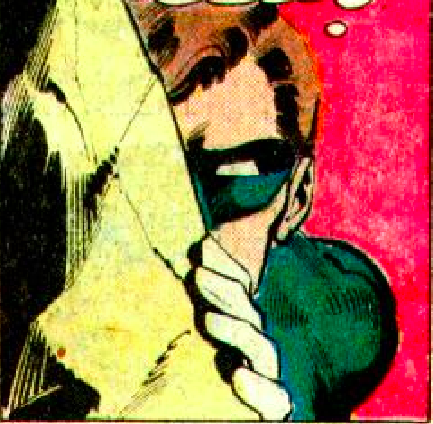