The cleverness of Jeff Parker and the rest of the team on Batman '66 continues to impress me every month. 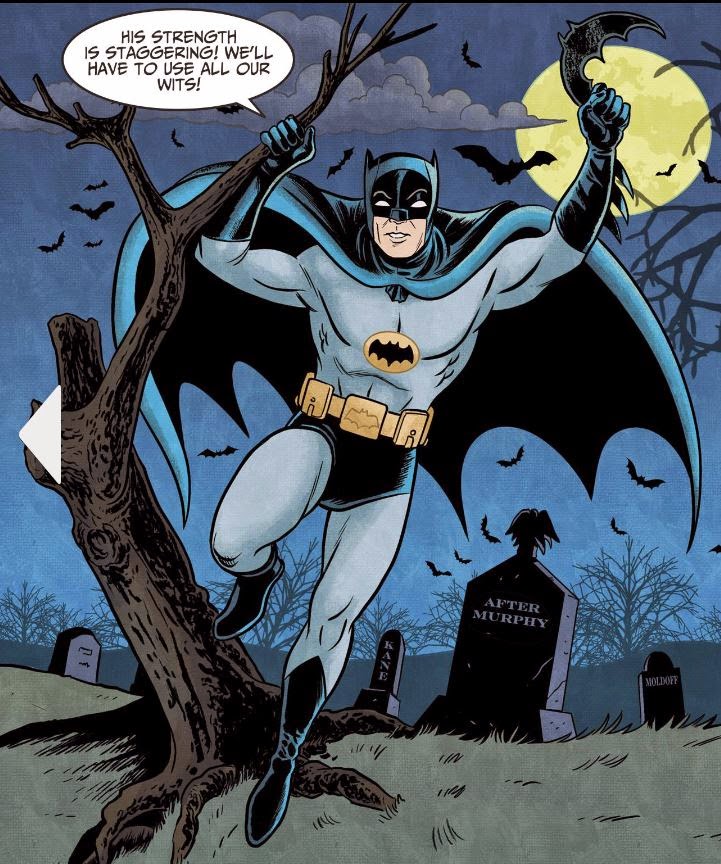 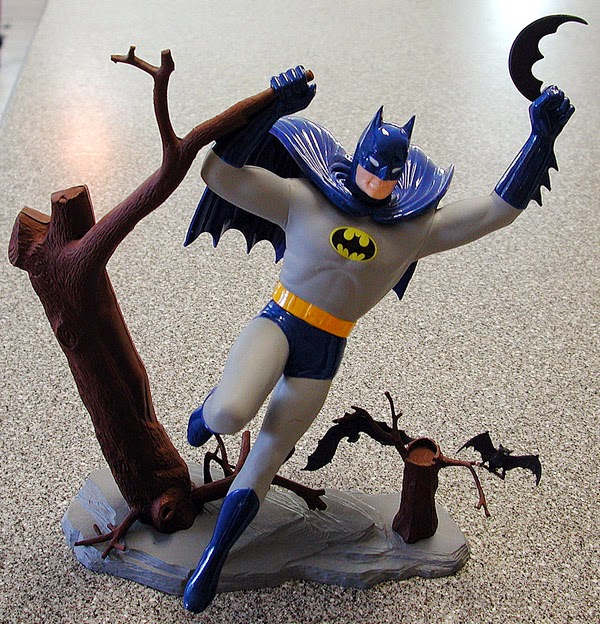 You know, Silver Age comics really get a bad rep for being goofy and improbable. It's not fair, it's not right, and it's perpetuated by people who simply haven't read them and just deride them safely from a far.

Here, just take a look at this panel from a 1963 Batman story:

Adjusting for the style of the time, that's a dark and dramatic panel, people!  It could be Batman saying he's found Joe Chill, or that the Commissioner's daughter has been shot, or that "you won't have to worry about the Joker ever again; I've taken care of it."  Brrrr.

What is Batman saying in the panel...?

a.k.a. "The Bizarre Batman Genie!"

Sigh. So much for my thesis about the Silver Age, which was in fact just as stupid and absurd as you think it was.  You know those stories where the cover/splash page promises a certain fantastical scene, but it turns out it was just a metaphor or some grand ruse of the hero's to ensnare some cowardly and superstitious criminals?

Yeah, well, this isn't one of them.  That scene is in the story and that's because Batman actually does get turned into a magical genie.  An extremely jovial genie, I might add.

Naturally, when Batman becomes a genie, his masters are a group of Gotham criminals.   And just as naturally, these criminals -- instead of just asking him to make them unimaginably wealthy -- ask him to help them with their crimes.  Because if these were Gotham criminals of any imagination whatsoever they'd be wearing thematic costumes instead of Rod Serling's old wardrobe.

I like to think of The Bizarre Batman Genie as one of the stories that finally broke the back of the Silver Age; within six months of this issue, the "new look" Batman (with the yellow oval) was introduced and his adventures became much more grounded.  No less stupid, perhaps, but much more realistically so.

However, the really impressive thing here is the Gotham cops acting as Exposition Officers in the first panel:


off his skin! Nothing can stop

I don't know what you or I might say when confronted with a giant Batman-Genie ripping the roof off a building, but I know darned well we wouldn't have the presence of mind to put it in a haiku!

But now is your chance!  What haiku can you compose to honor the Batman-Genie and the Silver Age madness that created him? 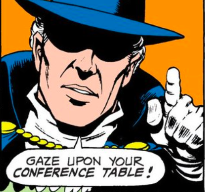