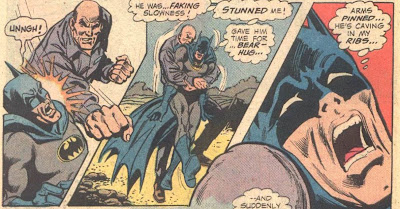 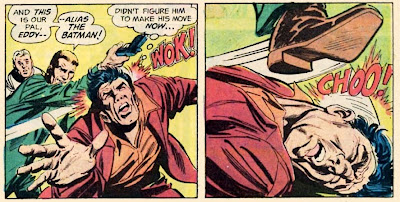 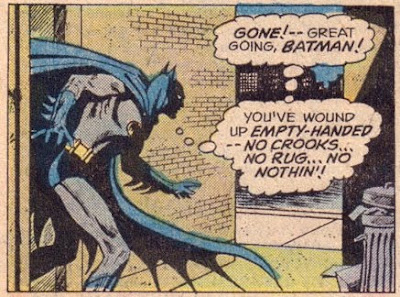 Suddenly it's 1973 and you find yourself in the middle of one of comics' all-time classics, Batman #251.There you are at the abandoned aquarium at the beach. You've dumped Batman and an old guy is a wheelchair into a shark tank, but in under two minutes Batman's escaped from his manacles, killed the shark, and rescued the wheeler. Batman is now wet, unhappy, and running after you.Naturally, you should be crapping your pants and gibbering. There's no way you'd be smack-talking and telling Batman you're about to escape so you can punk him again some other day.But you're not the Joker. Who not only does that but does it...with haiku. 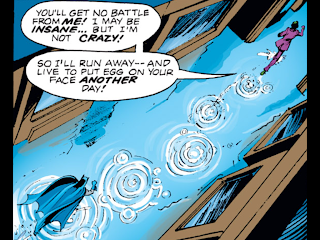 You'll get no battlefrom me! I may be insane...but I'm not crazy.

So I'll run away--
and live to put egg on your
face another day!


Not just any haiku, but a double haiku so face-flamingly fabulous that it became one of the Joker's most famous quotes of all time. How many times have you read that without even realizing it
was haiku? That's how good the Joker is.What haiku can you compose in homage to the Joker's ice-cold genius?
Posted by Scipio at 4:28 AM 5 comments: